I have always been engaged by the intersection of the sciences and humanities. As a young student in Italy, I learned to appreciate chemistry by reading Primo Levi’s The Periodic Table, which for me exemplifies the cohesion of science and literature. The elements and their combinations were not only about brute matter, but also about people, alive with their stories, memories, and miseries. And here, I found myself right in my element. There was never a rivalry between science and literature in my upbringing. I learned that creative thought and science are cultivated side by side, where the classics—Dante, Zola, and Thomas Mann, for example— were in constant conversation with the hard sciences.

I earned the degree of Doctor of Veterinary Medicine in 1997 and completed my MALS degree in 2010, focusing on cultural studies and creative writing, with a thesis in creative writing. This “trans-disciplinary” education has been the core of my teaching philosophy because both fields reflect and articulate our innate inquisitiveness as we explore our world and human nature. My attention is drawn to science, literature, critical thought, and cultural studies, and I’ve seen that this is the case, in varying degrees, for many of our students who seek and create a truly interdisciplinary experience in MALS. In the Winter 2020 term I’ll co-teach a course entitled “Writing Nature: Reflections from Within and Without,” which will give me an opportunity to explore with students the multiple intersections between literature and science.

I have been teaching at Dartmouth since 2001. As a senior lecturer in the French and Italian department, I served as language course coordinator while teaching Italian at all levels. In 2014 I was invited to join the MALS program to teach a course on methodology as it pertains to the writing process. I also serve as faculty advisor for the MALS Journal, Clamantis.

English is my fourth language. Besides Italian, I studied Latin for many years, as well as French. I have learned from experience what a complex influence a language can be in a person’s life. Some of my investigation focuses on problems of  “new-language” acquisition as it pertains to cultural issues and cross-disciplinary study. Languages, by which I don’t only mean “foreign” languages, are not only tools but are also defining factors that radically affect our understanding of the world and ourselves, first displacing us by subverting assumptions, and then creating new meaning that reconstitutes our “known” space. In creative writing, I focus on this constructive sense of dislocation that new language both produces and resolves. 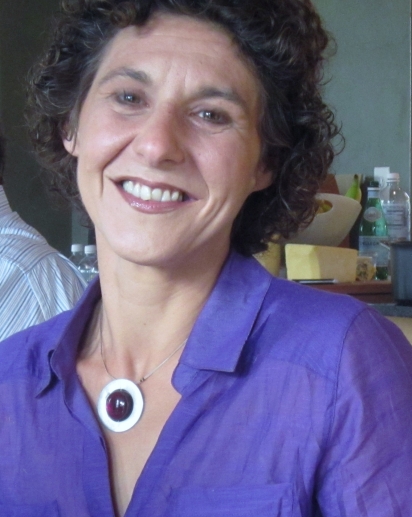